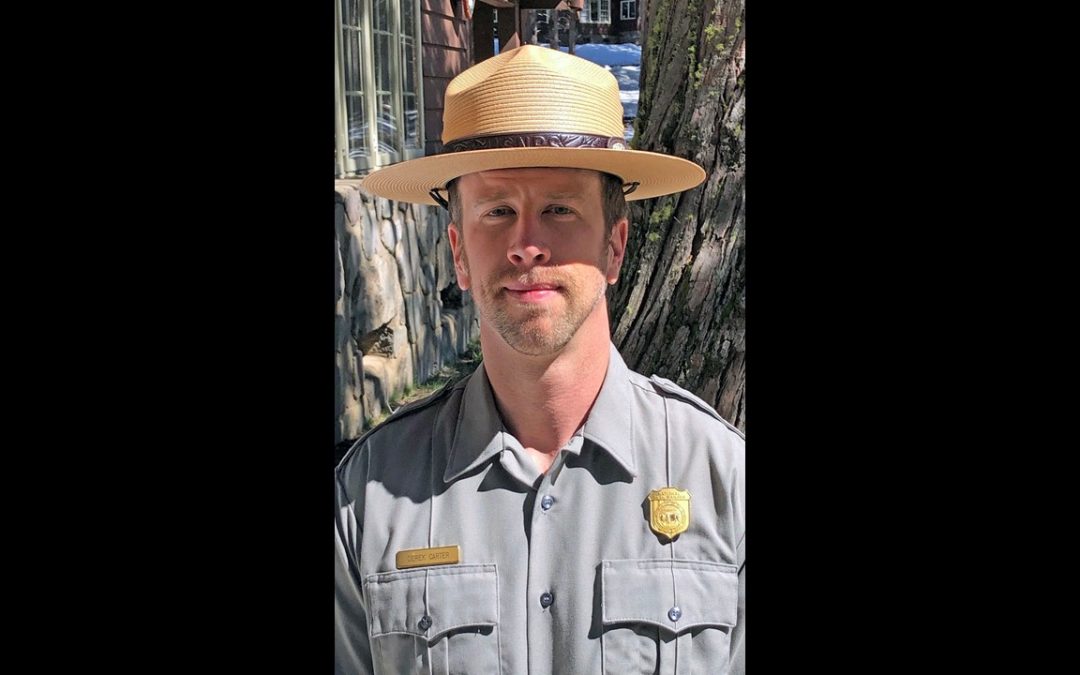 We were thrilled to see this news release about the new TUSK superintendent issued by the National Park Service on May 6. Welcome Superintendent Carter!

The National Park Service has selected Derek Carter to serve as the superintendent of Tule Springs Fossil Beds National Monument starting on June 7. Currently, Carter is the Chief of Administration for Lassen Volcanic National Park in California. He serves as a Major in the U.S. Army Reserves as a Special Operations Planner at U.S. Army Special Operations Command in North Carolina.

“Through his National Park Service and military experience, Derek has a history of forging strong partnerships to accomplish common goals,” said National Park Service Regional Director Stan Austin. “Tule Springs Fossil Beds is fortunate to have so many great partners who eagerly support this fairly new park, and now with Derek at the helm, they can work together to accomplish great things.”

In Carter’s current position, he oversees Lassen Volcanic National Park’s partnership program and cooperative agreements, along with the park’s budget, procurement, IT and human resources.

“I am honored to be selected to serve as the superintendent of Tule Springs Fossil Beds National Monument. This assignment is an exciting opportunity to work closely with partners, volunteers and the surrounding community to enhance park experiences and recreational opportunities,” said Carter.

His military honors include Meritorious Service, Bronze Star, Army Commendation (x2), Army Achievement, National Defense and Service medals, along with medals earned for his combat deployments to Afghanistan and Iraq.

Carter has a master’s degree in business administration from the University of North Carolina, Chapel Hill and a Bachelor of Arts in Geography from Virginia Tech.

Carter, a native of Little Orleans, Maryland, spent his formative years hiking and camping throughout the eastern Unites States and has a passion for service and the outdoors.